For the best experience, we recommend you update your browser. Visit our accessibility page for a list of supported browsers. Alternatively, you can continue using your current browser by closing this message.

The Royal College of Art started life in 1837 as the Government School of Design, located in Somerset House in the Strand. Following the Great Exhibition of 1851, this relatively small-scale operation was radically transformed to accommodate art as well as design, leading the institution to be rechristened the National Art Training School at its new home in South Kensington. In 1896 it became the Royal College of Art.

In its early days the RCA was dominated by a distinctive version of the Arts and Crafts philosophy. However by the early 1900s that atmosphere changed. The RCA was the birthplace of The New Sculpture movement in Britain and continued to be a major centre of influence in the new century, with students including such luminaries as Barbara Hepworth and Henry Moore. 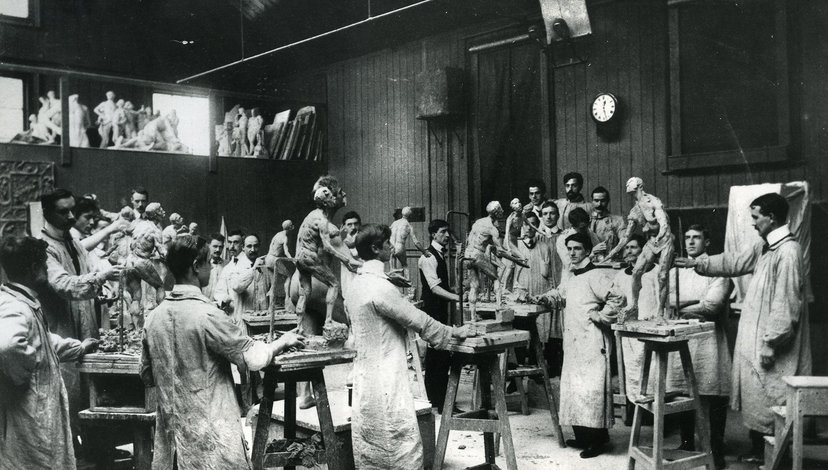 Throughout the 1930s and '40s the College’s scope and reputation continued to grow. A new emphasis was placed on the teaching of product design and on the provision of highly specialised, professional instruction. New courses were introduced, such as Graphic Design, Industrial Design and Fashion, with the consistently high calibre of students including the likes of Robin and Lucienne Day. 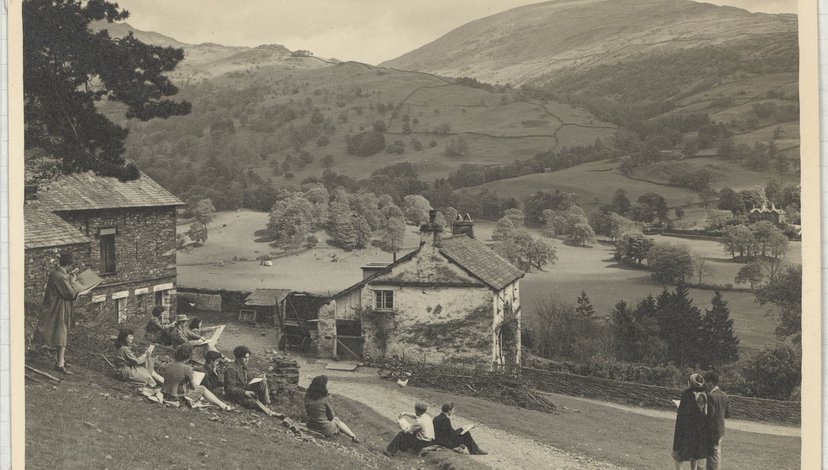 RCA students in a drawing class at Loughrigg, from the papers of Shelia Donaldson Walters

The 1950s and '60s saw the RCA at the centre of the explosion of Pop Art culture, a vibrant, invigorating movement that waved a final goodbye to Britain’s post-war austerity. This generation of students transformed British art and design, counting Peter Blake, Pauline Boty, David Hockney and R B Kitaj among its ranks. Meanwhile, the Fashion and Textiles Department was leading its own design revolution with soon-to-be household names Ossie Clark and Zandra Rhodes studying here. Ridley and Tony Scott studied film.

The College embraced this period of dramatic social change with changes of its own – in 1962 all design and applied art courses moved to the new Darwin Building in Kensington Gore. Then, in 1967 the College was granted a Royal Charter, endowing it with university status and the power to grant its own degrees.

The 1960s also saw the Industrial Design course establish itself as a discipline in its own right. Under the leadership of eminent designer Misha Black, some of the bold new design talent emerging at this time included product design duo, Richard Seymour and Dick Powell. Another course newcomer was Vehicle Design in 1967, early graduates of which went on to devise cars such as the Audi Quattro (Martin Smith), the Aston Martin DB7 (Ian Callum, now Head of Design at Jaguar) and the Porsche 911 (Tony Hatter).

No department, it would seem, was immune to change. Applied arts such as Ceramics & Glass began to find a new, contemporary way forward in the 1970s, at last shedding their ‘craft’ image. Students such as Elizabeth Fritsch and Alison Britton quickly established themselves as leading lights, while over in Silversmithing & Jewellery (as GSM&J was then known), Eric Spiller and Michael Rowe were doing the same.

The 1960s and 70s were also a heady time for the Communications Department. Its alumni designed some of that period’s most iconic images, including the film poster for A Clockwork Orange and the now-famous Rolling Stones lips logo, as well as many of the new style magazines. This was an era that also saw Industrial Design student James Dyson develop the idea for the ‘Seatruck’ while studying Interiors. 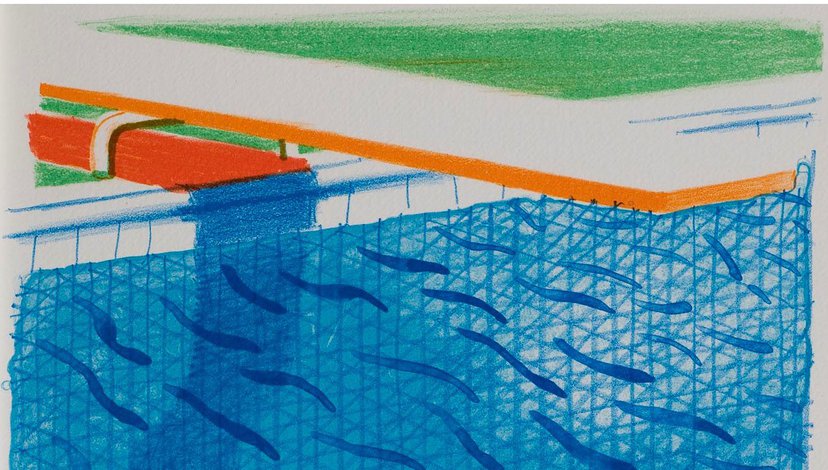 It was all change during the 1980s and '90s as a comprehensive programme of cross-college reconstruction, re-equipment and expansion of departments began. Such development was reflected in the growth of Product Design with internationally renowned designers such as Jasper Morrison, Tord Boontje and Ross Lovegrove. The new facilities encouraged innovative approaches to printmaking under former student Tim Mara, while in this period Animation became a department in its own right, producing Brian Wood, author of the Cramp Twins series, and Alan Smith and Adam Foulkes (directors of Honda’s ‘Hate Something: Change Something’ advertisement).

These decades also saw the establishment of a fully-fledged Humanities Department. History of Design was introduced in 1982, followed by Conservation (run in association with the Victoria and Albert Museum) in 1987 and Visual Arts Administration (now Curating Contemporary Art) in 1992. Graduates of these courses include Laura Davies, conservator of Sculpture at Tate Gallery, design writer and critic Rick Poynor, and Kitty Scott, Chief Curator at the Serpentine Gallery.

Throughout the 1990s, the Fashion Department produced some of today’s famous names: Philip Treacy, Julien Macdonald, Christopher Bailey, Alice Temperley and Andrew Fionda. Meanwhile, over in Fine Art, a new type of art student was emerging, with Gavin Turk, Tracey Emin and Jake and Dinos Chapman, who went on to become part of the movement that became known across the world as the ‘Young British Artists’. The College was also the star of a six part BBC documentary in 1999 – watched by over two million people. 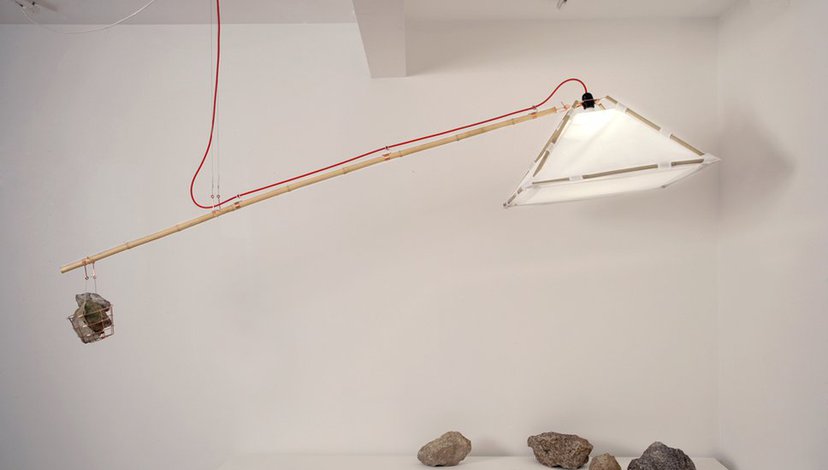 Not that the story ends there. As we progress through the 21st century, RCA graduates continue to influence the culture surrounding all of us. At the forefront of contemporary art and design today are, to name but a few, graduates such as painter Chris Ofili, designer Thomas Heatherwick, architect David Adjaye, fashion designer Christopher Bailey, photographer Tom Hunter and product designer Sam Buxton.

Innovations such as the Ford Ka and Jaguar XK8, the PS furniture range for Ikea, Concrete Canvas – a shelter that will revolutionise disaster relief – and the Eglu chicken coop, are all the work of recent alumni. The names of these products’ designers are not yet as familiar as some of the others listed here, but they, like the thousands of graduates who passed through the RCA’s doors before them and the thousands more who will follow, continue to shape and enhance the way each and every one of us lives our lives.

The expansion of the College's Battersea site was marked by the opening of the Dyson Building in 2012, offering first-class, purpose-built studio spaces to Painting, Printmaking and Photography, as well as a home for InnovationRCA, the College's start-up business incubator. This was followed by the opening of the Woo Building, named in honour of Sir Po-Shing and Lady Helen Woo, in 2015.

The College is currently embarking on the most significant development of our campus since the Darwin Building in 1961. Designed by renowned architects Herzog & de Meuron, a new, state-of-the-art building will sit alongside the RCA’s existing Dyson, Woo and Sackler Buildings and Clore Innovation Centre, on the south bank of the River Thames. The new building is designed as two separate but interconnected spaces that provide approximately 15,500sqm of distinct, flexible areas for teaching and research. 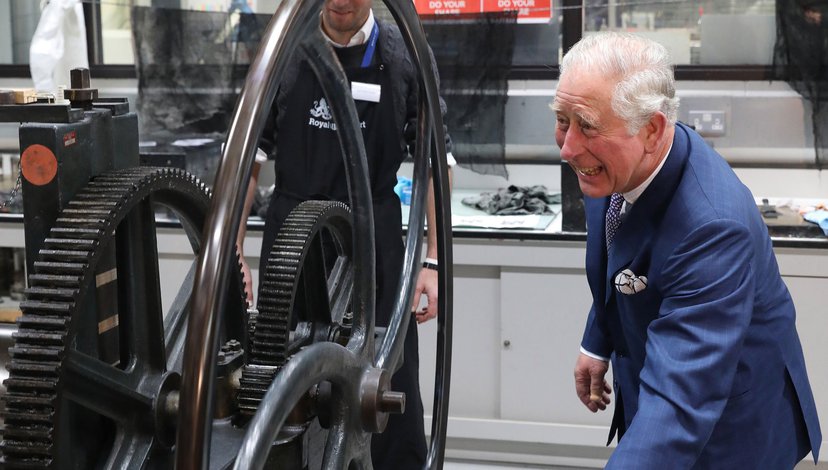 From the august reaches of its 185-year history to current staff, student and alumni and activities, there's more to the RCA than meets the eye.

Honorary awards are conferred during the Royal College of Art’s convocation ceremonies to a select international group of outstanding people and are the highest recognition the College can bestow upon an individual.